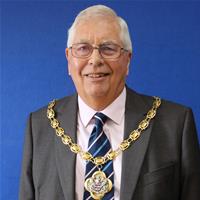 Title: Chairman of the Council

Although I do not hold formal surgeries I am always available to residents in my ward (Little Stour and Ashstone Ward which covers Ash, Wingham, Preston, Staple, Stourmouth, Goodnestone and Chillenden) via e-mail at cllrmichaelconolly@dover.gov.uk or by telephone on 01227 722979.

Appointments to outside bodies

I was born and raised in South London, took a languages degree and worked in food retailing for over 30 years. I moved to Dover District in 2002 to work at Kent College, Canterbury, and retired in 2008.

I was first elected to Dover District Council in 2008 and was appointed as a Cabinet member in 2011 and Deputy Leader in 2015.